Listen to Chief of Navy Chaplains Rear Admiral Margaret Kibben and her thoughts on moral injury.

In 2009, the VA noted that service members who were being successfully treated for PTS were regressing away from the positive improvements that had been noted by their health care providers. The VA determined that these individuals were suffering from “Moral Injury.” The distinction from PTS was necessary because the resulting moral emotions such as guilt, shame, grief and remorse are greater factors in veteran suffering. The VA is calling upon communities across the United States to assist veterans suffering with Moral Injury.  It will take all of our efforts to help them negotiate the brokenness that many are experiencing from their service to our country. Communities must be willing to help vets reintegrate into a civilian society. Mentoring and counseling programs such as those offered by Moral Injury Association of America are also important keys to helping vets recover from their invisible wounds of war.

Suicide rates for military personnel occur at an alarming rate in the United States. In 2014, more than 7,400 veterans took their own lives. Although about less than nine percent of the general population is inactive military members, a staggering 18 percent of all suicides in our country are veterans. The risk of suicide for veterans is 21 percent higher when compared to civilian adults. From 2001 to 2014, as the civilian suicide rate rose about 23 percent, the rate of suicide among veterans jumped more than 32 percent. Suicide rates for female veterans grew an alarming 85 percent during that time frame, compared to 40 percent for civilian women.

Nearly 56 percent of vets committing suicide were fifty years of age or older. About 70 percent of veterans who took their own lives were not regular users of VA services.

In the past 20 years, our nation has created a new generation of potential veteran suicide victims--those who served post-9/11. We believe it is the duty of all communities in the United States to help those potential victims successfully reintegrate into society and to prevent the suffering that our Vietnam Veterans had to endure.

Half of the post-9/11 combat veterans describe their transition to civilian life as “very difficult.” Veterans of the U.S. military have disproportionately high rates of domestic violence, divorce, homelessness, substance abuse, Post-Traumatic Stress and incarceration. After departure from service, suicide rates climb to three times the general population, and veterans who have killed in war are two to three times more likely to commit suicide than the overall veteran population. By the time veterans reach the crises of suicide, incarceration or homelessness, most will have carried inner anguish and despair for months or even years, as their suffering takes a toll on their families and communities. In a study completed by Herbert Hendin, M.D., and Ann Pollinger Haas, Ph.D., it was found that combat guilt was the most significant predictor of both suicide attempts and preoccupation with suicide, suggesting that guilt may be an important mediator.

more than "thank you for your service"

Moral injury is defined as the commission of or witnessing of acts or events that challenge core moral values under conditions of extremity. Systems of meaning and core beliefs about right and wrong, as well as being a good person, can be challenged in many ways during military service. Some examples include handling human remains, losing a best friend or being unable to help a civilian in distress. The most severe collapse of a person’s moral foundations comes from violating both civilian and military codes of conduct, for example, killing civilians, friendly fire, or killing out of rage and “vengeance-lust.” Often, the response of the military member is self-imposed isolation. Moral injury can afflict veterans at ten times the rate of physical injuries. Military members with Moral Injury may or may not suffer from Post Traumatic Stress.

Unfortunately, many military members do not realize that they are suffering with Moral Injury, and if they do, many will not go to the VA for treatment. Still others cannot afford private counselors for mental issues. Additionally, family members also suffer from their loved one’s inability to cope. 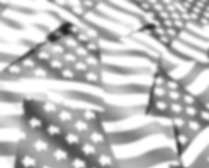 The community can and should play a role in preventing veteran suicide and addressing emotional pain from moral injury.

Thank You for Your Service

Listen to best-selling author Karl Marlantes, "What It's Like to Go to War," about his struggles with moral injury.

If you have a family member or close friend who is struggling with moral injury, urge them to get help. Reach out to VA therapists, mental health professionals, chaplains, clergy and other veterans familiar with moral injury and the impact of combat exposure. Consider getting connected with other veterans at a VA group addressing moral injury. Some amazing progress is being made at key centers such as the Minneapolis VA with Dr. Irene Harris. Clyde Angel, the chief of chaplains at the Indianapolis VA, created a program with the assistance of a Muslim Cleric. (When 80 percent of all military identify themselves as Christian, spiritual resources can be greatly important.)
Involve them in social military networks. Stop the isolation.
Companies: Hire vets then build veteran affinity groups in your workplace. Churches build them, too. It helps vets re-integrate into the civilian community.
If you’re a vet, mentor another vet.
Volunteer to host a writing program for vets and their family members. Teach them how to write so they can tell their military stories. It helps them negotiate their brokenness.
Write your legislative leaders to ask for more support of Moral Injury programs at the VA and in the community.
If you’re a mental healthcare provider, learn about moral injury and how it can be treated. Visit the Soul Repair Center website and the Moral Injury Association of America websites to learn more.
Establish a Veterans treatment court justice system to hear charges against vets.
If you’re a vet, ask for help, not just from one, but many. If you’re having self-harm thoughts, call the Vets Crisis Line at 1-800-273-TALK. Press “1.” Talk, text or chat with mental health professionals. If you are in dire need, call 9-1-1 or go to the nearest Emergency Room.